They’re sneaky, and strike without warning, causing millions of dollars in damage and leaving families without much to look forward to.

They rumble, tumble, blow, and shake any and everything that stands in their way. In some cases, they’ll even blaze and freeze individuals who are brave enough to step in their way. They have no emotions, and shouldn’t be taken lightly by residents.

“What is it that has this ability?” you ask.

Before you decide to head to the hardware store to gather supplies, here are some ways you can be prepared for 4 of the most common types of natural disasters. 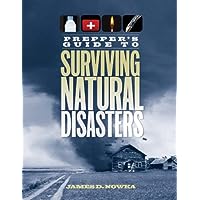 Prepper’s Guide to Surviving Natural Disasters: How to Prepare for Real-World Emergencies 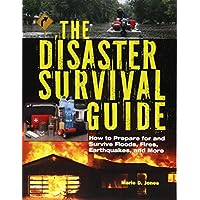 The Disaster Survival Guide: How to Prepare For and Survive Floods, Fires, Earthquakes and More 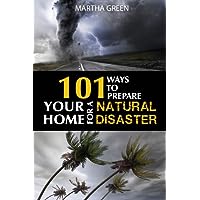 101 Ways to Prepare Your Home for a Natural Disaster A blizzard can dump snow so hard and fast that you can soon find your home covered in a giant blanket of white hanging over your house.

You worry about whether or not your home can support this much weight. So you decide to climb onto the roof with the shovel and start pushing some of it off.

Don’t get me wrong: blizzards are a winter wonderland, all right. But they’re also a potentially dangerous disaster that can disrupt lives and wreak havoc on a home. Preparing your home inside and out is the best protection.

Ways to Protect Your Home in Case of a Snowstorm Everyone needs to be prepared for the unexpected. Hurricanes, for example, are strong storms that cause life and property threatening hazards such as flooding, storm surge, high winds, and even tornadoes.

To put it another way, hurricanes are storm systems with circulating air and sustained wind speeds of 74 miles per hour or higher according to the Red Cross. The strongest hurricanes can have wind speeds exceeding 155 miles per hour. Preparation is the best protection against the dangers of a hurricane.

How to stay safe during a hurricane A flood is the overflowing of a large amount of water beyond its normal confines, especially over what is normally dry land.

A flash flood can strike anywhere and as the name implies, at any time. Floods are also the most common and most expensive natural disaster in the United States. That means that no state or territory is safe, according to FEMA.

It’s not a good idea to try and beat the odds, since only 20% of flood claims come from places where the flood risk is low. Instead, protect your home and your family.

Don’t Let Water Sneak up on You To begin with, an earthquake is what happens when two blocks of the earth suddenly slip past one another. The surface where these plates shift is called faults, or fault plane.

Earthquakes, also referred to as temblors, can be extremely destructive, and occur more often than we think.

Although they happen all over the world, they’re commonly known to appear throughout the western region of the U.S., called the “Ring of Fire” because of the volcanic activity near the area.

To no surprise, earthquakes are among the most deadly natural hazards simply because they can strike without warning much like flash floods.

Preventing damage to your home from earthquakes

Do’s & Don’ts For All Natural Disasters Generally speaking, the likelihood that your whole family will be in the same place at the same time during a natural disaster is slim. With this in mind, make sure you and your family set a designated location to meet should a disaster strike near you and communication lines fail. This article was generously provided by H.D., who loves exploring the outdoors and being active. If you can’t catch him online reading whatever he can get his hands on, you might be able to catch him out playing football with friends or cheering on the Denver Broncos. Follow him on Twitter at @Davis241.